…to advance the Christian faith and expand God's Kingdom through obedience to our Lord Jesus Christ's commission to go and make disciples of all nations.

Heidi and I began Iris Global (previously Iris Ministries) in 1980, and have been missionaries since then. We were both ordained as ministers in 1985 after completing our BA and MA degrees at Vanguard University in southern California. I majored in Biblical Studies, and Heidi in Church Leadership. I am a third-generation missionary born in China, and raised in China, Hong Kong and Taiwan. I was greatly influenced by my grandfather, H. A. Baker, who wrote “Visions Beyond the Veil,” an account of the extended visions of heaven and hell that children received in his remote orphanage in southwest China two generations ago.

“Blessed are the poor in spirit, for theirs is the kingdom of heaven.”

Heidi was powerfully called to the mission field at age sixteen when she was living on an Indian reservation in Mississippi as an American Field Service student. Several months after she was led to Jesus by a Navajo evangelist, she was taken up in a vision for several hours and heard Jesus speak audibly to her and tell her to be a minister and a missionary to Asia, England and Africa. When she returned home to Laguna Beach, California, she began ministering at every opportunity and leading short-term missions teams. We met at a small charismatic church in Dana Point, and got married six months later after realizing we had the same radical desire to see revival among the poor and forgotten of the world.

Work in Asia and London

We spent our first six years together leading evangelistic dance-drama teams all over Asia, making use of our backgrounds in creative media and the performing arts. But we increasingly came into intimate contact with the desperately poor, and could no longer be satisfied by large meetings and quick visits to various locations, even though thousands were coming to Jesus. We had to learn to come to a stop and take care of long-term needs, one person at a time.

We began by working with the poor in the slums of central Jakarta, Indonesia, and then among the forgotten street-sleepers and elderly in the most crowded urban area in the world, central Kowloon in Hong Kong. Jackie Pullinger’s work among drug addicts in the Walled City was a major influence in our lives.

In 1992 we left Asia to do our PhDs in systematic theology at King’s College, University of London. But we couldn’t stop ministering to the poor, and so at the same time we planted a warm and thriving church community for the homeless of downtown London, joined by a kaleidescope of students, lawyers, businesspeople and friends from many countries. We learned the composite beauty of the Body of Christ! 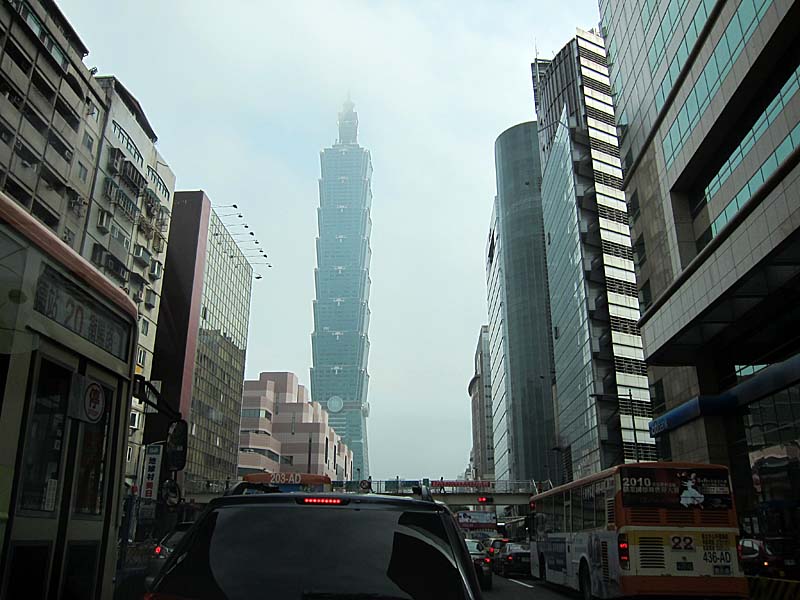 “…we increasingly came into intimate contact with the desperately poor, and could no longer be satisfied by large meetings and quick visits…” 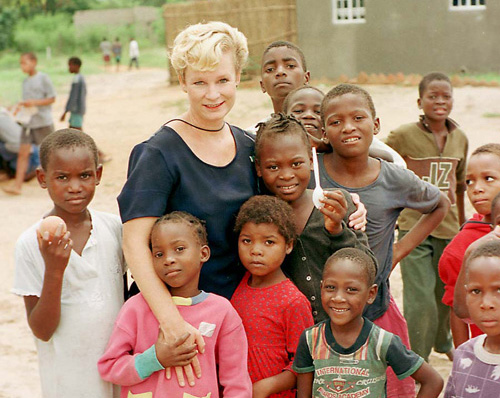 For years we longed to get to Africa in fulfillment of our calling to prove the Gospel in the most challenging situation we could find. We wanted to see a continuation of “Visions Beyond the Veil,” and believed with my grandfather that the most likely place to see such revival again was among the most unlikely! So we were drawn to Mozambique, officially listed at the time as the poorest country in the world.

A few days into my initial visit to Maputo, Mozambique’s capital, I was offered an orphanage that no one could or would support, not even large churches in South Africa or European donor nations. It was horribly neglected and dilapidated, with eighty miserable, demon-afflicted orphans in rags. I thought it was a perfect test of the Sermon on the Mount. Our Father in heaven knows what we need. Seek first His Kingdom and righteousness, and these things will be ours as well … Take no thought for tomorrow. Why worry? Jesus is enough for us, for anyone. 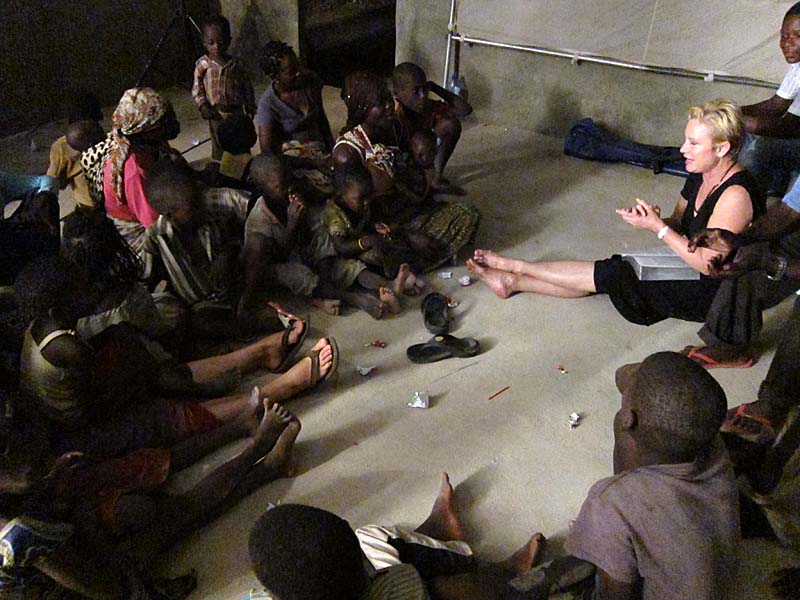 Alone and without support, Heidi and I offered to take over the center and provide for the children in return for the opportunity to bring the Gospel to them. Within months the children were saved and filled with the Holy Spirit, weeping while still in rags with gratitude for their salvation. Jesus provided miraculously, more all the time as our children prayed night and day for their daily food. We brought in teams, improved the center, and took our children to the streets to testify to more orphaned and abandoned children. Some were lost in visions, taken to heaven and dancing around the throne of God on the shoulders of angels.

But abruptly, after we got up to 320 children, the government evicted us and denied our children permission to pray and worship on our property. Totally without a back-up plan, our children marched off the property barefoot without a home. We lost everything. We also lost tremendous amounts of support because we welcomed the increasing Presence of the Holy Spirit in our meetings. 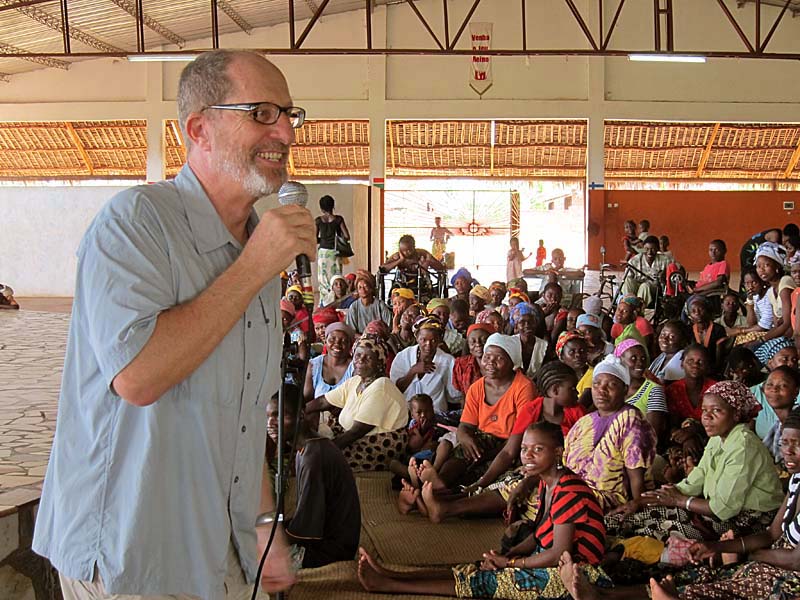 But we were only beginning to taste the power of God in Mozambique. Land was donated by a nearby city. We got tents and food from South Africa. Provision came in from supernaturally touched hearts all over the world. Soon we could actually build our own dorms. Bush pastors longed for a Bible school, and to receive what our children had received from the Holy Spirit. Graduates went out and began healing the sick and raising the dead. Church growth in the bush exploded.

Then revival was fueled exponentially by the desperation caused by catastrophic flooding in 2000 when three cyclones came together and brought torrential rain for forty days and nights. More damage was caused by that flood than Mozambique’s many years of civil war. A cry for God rose up like we had never experienced or imagined, and our churches across the country multiplied into thousands. God provided a bush airplane, which we used constantly to spread the Gospel through remote “bush conferences” at dirt airstrips in every province.

There are networks of churches and church-based orphan care in all ten provinces in Mozambique in addition to bases in main cities. In recent years we have personally concentrated on the Makua, a people group in the north who were listed by missiologists as nearly unreached. With tremendous help from missionaries and nationals, since 2002, over two thousand churches have been planted among these people.

Each year thousand of visitors come to help us at our various bases, and we have a missions school in Pemba that offers something special to us: missions training on the mission field! Here we combine teaching, worship and spiritual impartation with everyday application to ministry among children and the poorest of the poor, both in towns and in the remote villages of the African bush.

Iris has over 35 bases in about 20 nations led by teams of missionaries and local leaders. As more and more people want to associate with us spiritually and in every way possible, our Iris family is expanding country by country, a step at a time. Bases are being established, works are being initiated, and in developed nations fervent believers wanting to participate with us in the Gospel are starting Iris charities. We welcome short-term and long-term applicants, and stress that Iris is a holistic ministry not limited to particular specialties. It includes evangelism, Bible schools, medical clinics, primary and secondary schools, farming, vocational training, church planting, bush conferences, counseling, child sponsorship and in the future, a university in Pemba for the poor! We make ourselves available to the Holy Spirit to make use of every gifting He brings our way. We celebrate the life of God among us in all its variety!